The aim of this teacher training is to give beginners and experienced yoga students with a steady technical and theoretical experience of yoga. This will allow them to perform the Ashtanga Vinyasa Yoga Primary Series with excellence and correct alignment. The course will not only equip your future but also help teachers to be completely self-governing and ready to run their own individual yoga classes. The UpasanaYoga School is providing a complete course Yoga teacher training 200-hour program for both beginner and experienced at affordable prices.

Many of our teachers come from religious backgrounds and ancient lineages, yet they prefer to teach in a secular manner. A standard benchmark is set for every team member. We believe meditation is not a way, however a framework for living. Meditation and yogic philosophy is a mixture of all important aspects of life. The layout of our 200-hour teacher training includes both of it, in equal ratio.

So, those who want to teach yoga and are here to achieve spiritual deepening. We have specifically crafted our curriculum to inspire deep learning for both students and teachers.

We even have a doctrine to maintain and preserve the Teaching and Training Standards of Yoga, Pranayama, Meditation, and Spiritual Awakening. This is why, we are one of the best Institutions of the world when it comes to broaden, enrich and enlighten the learning and practices.

Poor confidence in teaching is the biggest barrier to a new teacher’s journey. It is true that not everyone decides to be a teacher after completion of his or her yoga training. But, if you feel like you have some valuable knowledge which carries immense worth and you would like to share it with the world, then we are here for you.

Upasana Yoga is a special place to learn, practice and master Yoga, Pranayama, Meditation, and Healing. The Upasana Yoga School is one of the Authentic teacher training schools in India.

First, it is important to know what is Aerial Yoga?
Aerial yoga is a type of yoga in which using a hammock or yoga swing to allow students to perform the postures. It is important to realize that they may not ordinarily be able to attempt on the yoga mat. In other words, It is a combination of traditional yoga along with moves encourage by Pilates, dance, and acrobatics. Aerial yoga first comes into knowledge in New York.

By the combination of its stunts and moves, it is now popular all over the world. The invention of this yoga by Christopher Harrison, who was a dancer with a performance background in acrobatics. Aerial yoga considering to be particularly beneficial for those students who spend their long time in a sitting position. Those who have pain in their back. Because it has a decompressing effect on the body. 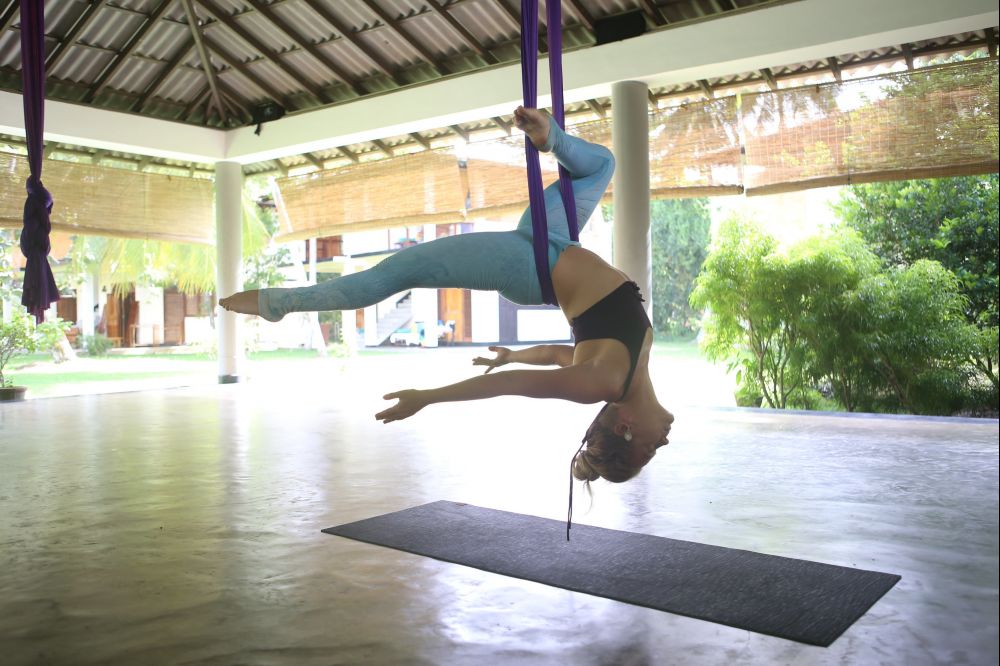 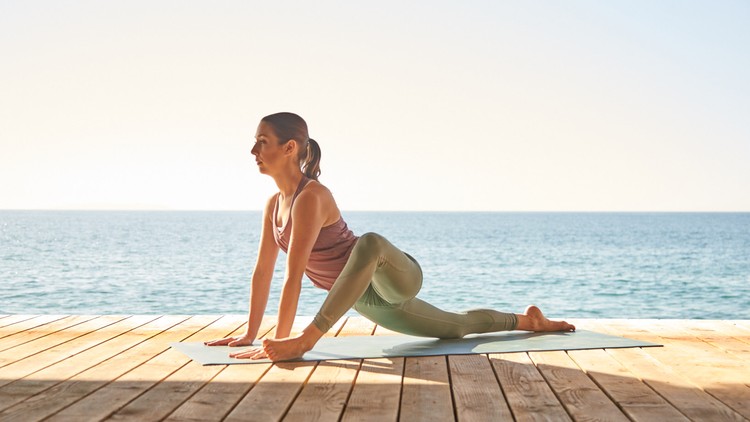 Understand what is Yin Yoga?
In the first place, Yin Yoga is a slower-paced, more meditative version of the popular physical and spiritual discipline of yoga. In Yin yoga, the poses will be going to perform for a long period of time. It is perform for typically three to five minutes or longer to target the connective tissues rather than focusing on the muscles. As a result, the asanas are more passive holds, with little muscular engagement.
Yin Yoga has its roots that belongs to the Chinese tradition. Unlike the more popular and active yoga disciplines, which is originated in India. It was start on the theory of the Taoist of yin and yang – opposite concepts that, together, represent balance. As a matter of fact, Yin is stable and passive, while yang is changing and active.

Haṭha yoga is a member of Yoga. Hatha yoga belongs to the Sanskrit word “हठ” haṭha which means "force" and thus indicates a system of physical techniques. In India, haṭha yoga is associated with popular tradition of the Yogis. In the 20th century, the development of haṭha yoga mainly focused on asanas (known as physical postures). It became popular form of physical exercise.

Hatha Yoga, in its purest form means “the union through the discipline of force”,. It is a form school Yoga that erases physical and mental stresses of a body. It provides a state of spiritual sainthood in which the mind is withdrawn from external objects.

Hatha Yoga is growing in all parts of the world as a style of exercise that develops strength, flexibility, bodily relaxation, and mental concentration.

At Upasana yoga, we are running successfully hundreds of Hatha yoga teacher training programs for those who want to make their career in this profession and for their personal care. Upasana Yoga school is the best school available with complete 200 Hours Yoga Teacher Training Center.

You can also learn about the various kinds of positions and Asana such as Sidhasana (Accomplish), Padmasana (Lotus), Bhadrasan (Fortunate), Muktasana (Freedom) and many more. 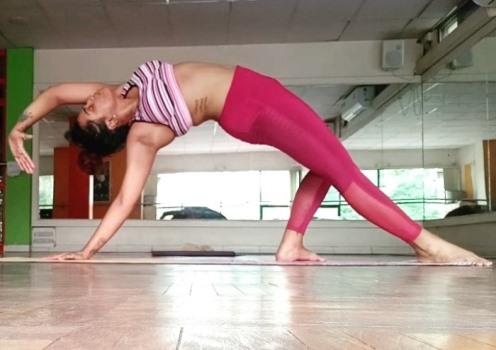 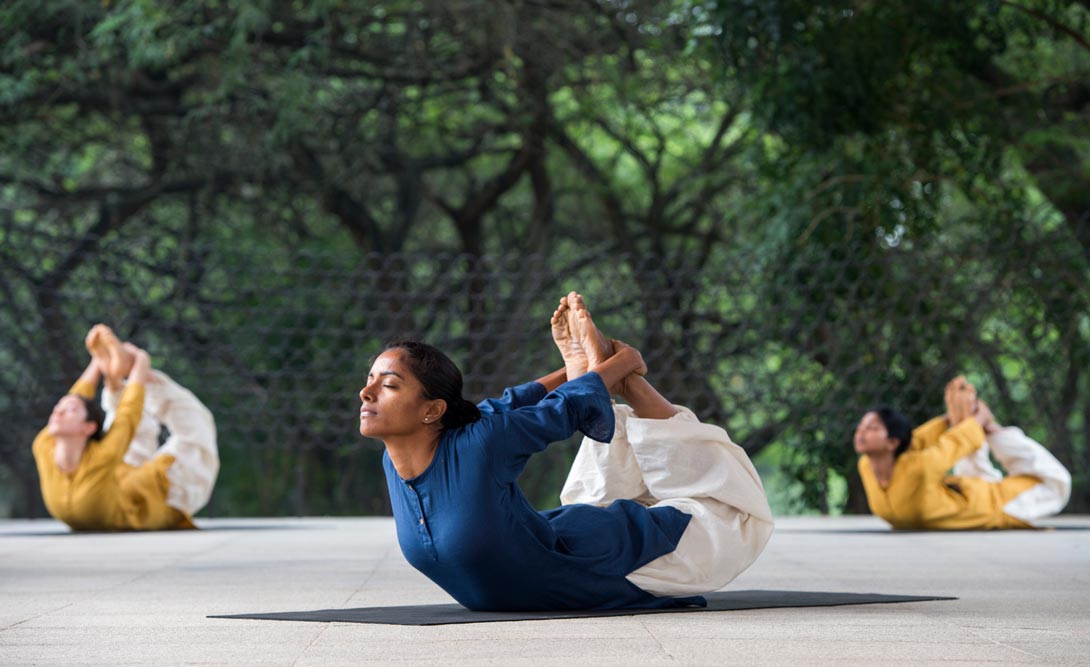 Sidhasana or Accomplished Pose is an anciently seated asana in Hatha yoga and modern yoga. When a woman practices this Asanas, it is called Siddha Yoni Asana.

It is a cross-legged sitting asana practice that belongs to ancient India. In this, both feet are put on the contrary thigh. It is an old asana, predating from Hatha yoga, and is generally used for meditation while performing yoga and as a part of the Hindu, Jain, and Buddhist traditions. The asana looks like a perfect reflection of a lotus. It is to inspire breathing practices through associated meditative practice and to foster physical stability. 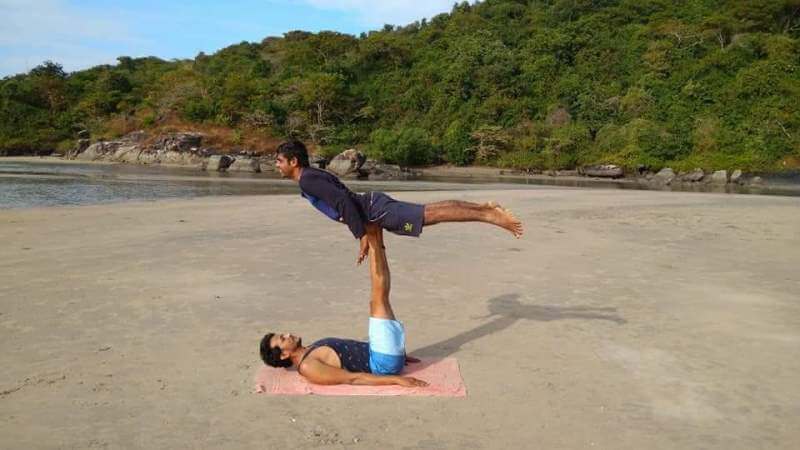 Bhadrasana is a complex sitting position of Indian cobblers when they work historically. It is a seated asana in Hatha yoga and considered as an exercise in the modern yoga. It is suitable as a meditation posture. The name comes from the Sanskrit words Baddha, meaning "bound", Koṇa meaning "angle", and Asana meaning "posture" or "seat". In the 15th century, the Bhadrasana (from Bhadra, "throne") became popular.

When compared to the traditional academic teacher training time-table, every day of our 200-hour course is an adventure. It intermixes beautiful diversity of physical movement, deep meditation, relaxation, expression, and fun. You can only learn something like that by experiencing it by yourself. All our Teacher Training Courses are based on the ancient and authentic Textbooks of Yoga, Pranayama, and Meditation, which also meet the standard and specifications of the World Yoga Alliance and only a qualified yoga master can teach you these performance-based courses.

*Our one way airport pickup is included in your course fee. The same shall be done on our shuttle service on the day of the beginning of your course at 8 AM, 12 Noon and 4 PM.

Disclaimer: All the above prices are subject to change (increase or decrease) from time to time without prior notice. However, the price applicable to you shall be the same price at the time of your receipt of your deposit.